This is the first in what will be a series of restaurant and bar reviews.  I like chowing down as much as if not more than the next guy, I like whisky, and I like writing, so connect the dots and it seems like my career as a critic was written in the stars…or maybe just in the script of delusions that play inside my head.  Less grandiose but probably closer to the truth.  Whichever way it matters not.   The cuisine of course will feature along with ambience, décor, clientele and all those other factors that attract people to such venues, but for the purposes of my reviews they’ll be satellites revolving around the whisky sun.

Asoka is the old Dharma Lounge – I think it was somewhat pretentiously called Asoka Son of Dharma for a time – and not much seems to have changed.  The architecture is the same, the décor similar, and the trademark tree still stands in the middle of the lounge; all that was missing was the former kepi-wearing owner, and with it my chance to enquire about the source of the hat.  Damn, I really want one. 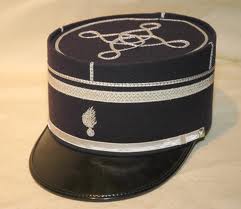 Too cool for school

I was there for a function so can’t comment much about the food.  We had platters of chilli-poppers, prawns, calamari, tandoori chicken in pitas, deep fried goat’s cheese, and miniature burgers.  Solid fare, no-one was complaining.  I was quite enchanted however with the delightful drinks menu which includes a long list of cocktails, several with a whiskey base (Mint Julep, Manhattan, Old Fashioned, Sour), a very decent selection of single malts, and unusually for South Africa, a relatively extensive choice of American whiskey: the ubiquitous Jacks of course, but also virtually the entire Buffalo Trace stable, Maker’s Mark, and Woodford Reserve.

I decided to encourage this initiative by opting for a double Maker’s Mark (which had to be repoured after the barman loaded my glass with ice).  This is one of my favourite bourbons, a bourbon for all seasons, and it was delicious as always with its soft, gentle sweet honey palate.  Later, ready for some more pronounced flavours, I switched to Jameson’s Gold Reserve, enjoying the lingering spice and the complex interplay of bourbon, sherry and virgin woods in the whisky.

The impressive bar selection aside, Asoka provides a great ambience in which to comfortably relax and enjoy the golden nectar.  The music is set at just the right volume to promote a vibey atmosphere, but at the same time not inhibit conversation.  Clearly the whole mix must be working, because amongst our fellow patrons were some government power-brokers including Minister of Sport Fikile Mbalula.  Back when he was ANC Youth League President I thought this guy was a prize twat, however my criteria for conferring twatitude have had to be re-evaluated with the emergence of his successor (amandla, Julius, please don’t point the M14’s this way).  I was handing out the mantle far too easily.  By comparison Fikile now seems like a righteous dude. 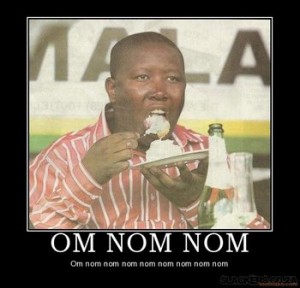 I can wholeheartedly recommend Asoka to fellow whisky lovers – just be specific about how you want your whisky served.

Well, the weekend is upon us.  It’ll probably fly by as usual, but let’s remain optimistic.  Until the next time may the dram be with you.