Wow, I’ve been so caught up by the World Cup (let’s say no more about it), by my regular work (the irksome distraction that puts bread on the table), and by my recent holiday (less irksome) that I’ve let the blogging slip.  Well I’m now breaking out of the post-vac funk.  This series on tasting was not in fact prematurely cancelled by the networks: here’s the final episode.

We left off at appearance before I meandered about somewhat gratuitously.

Next up then the nose or aroma.  In part 2 I made a strong case – or so I thought – for giving the nose its pre-eminent due.  It seems however that when it comes to my powers of persuasion a gap exists between my perception and cold reality.  My own brother – he who is flesh of my flesh, and blood of my blood – ridiculed my new whisky glasses (I can still feel the hurt 😦 ) and was generally disdainful about the whole notion of nosing.  Pretentious, he called it.  For a split second – before logic prevailed – it made me question myself: have I managed to get sufficiently far up my own arse that I’ve become one of those anoraks whom I despise?  Is nosing just the expected form for a whisky lover?  This is actually an important question to consider.  It’s easy to get caught up in ritual.  Let’s break away from whisky for a moment.  Imagine bread, freshly baked, voluptuous, just out of the oven.  A thick steaming slice is spread with rich Danish butter, which then melts into the hot bread.  You reach for a pot of ripe youngberry jam.

Freeze it there.  Now give yourself a blocked nose – you can’t smell a thing – and picture the scene again.  Hell, you might as well be eating a dog biscuit.  No, I would suggest, and most would agree I think, that nose is undisputedly important…nay, critical.  The aromas in whisky may be more subtle than those in baking, but understated charms have their own powerful appeal.  Scientists have identified multiple hundreds of distinct flavour bearing compounds in whisky.  The nose is essential to “unlocking” and enjoying these flavours.  It deserves dedicated attention.

I don’t like to oversell.  But here I’m going to chuck in a little extra – some hard-earned knowledge that I managed to prise from the internet.  Our sense of smell is derived from the olfactory bulb which is part of the brain’s limbic system, a region also closely linked with memory and emotion.  This physiological connection is the reason why smell has the ability to call up memories and emotional responses almost instantaneously.  So, on a deep and personal level aromas, or at least certain aromas to certain people, are intrinsically interesting.    The nose of my Redbreast 12yo was redolent of cut-grass and caramelised sugar.  It evoked memories of cricket games on mowed turf, of sprinting across the outfield to cut off a boundary, and of the toffee-ish crust on my Mom’s apple-bake.  Why would I or anyone else want to ignore such an evocative part of this experience?  I, we, don’t. 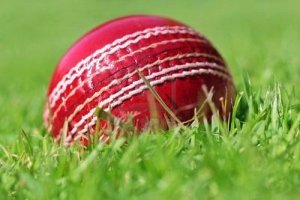 So how do you go about nosing a whisky thoroughly?  Do you just stick your snoot in the glass and inhale?  When it comes to whisky be prepared to be humbled.  There’s always more to learn, and sometimes it’s basic stuff.  I was recently invited to an event hosted by The Macallan – an excellent evening spent viewing fine photography and sampling even finer whisky – to which I was accompanied by my non-noseworthy brother, his wife (also unconverted), and an old friend, a local film producer of such legendary status that dropping his name would be downright gauche.  For the purposes of this post let’s call him Carson.  Carson had recently been to a tasting where he’d been prompted to open his mouth whilst nosing whisky.  I was dubious but gave it a try, and wow, what a difference it makes!  It was the equivalent of fuzzy vision suddenly being focused – everything seemed more precise, more acute, more definitive.  Cats apparently smell in this way.  There are organs in their mouths, called vomeronasal organs, that supplement their sense of smell.  These organs are also present in humans but are thought to be vestigial (i.e. like the appendix no longer serving a function).  Maybe not though.  Or maybe there’s some other simple explanation for Carson’s nosing style – Google can only get you so far.  Regardless, if you weren’t aware of this nifty little trick, give it a go – it’s easy and it works.

There are a few other “tricks” worth investigating, if you’re so inclined:

–        When you start nosing whisky, and even if you’ve been doing it for a while, you’re likely to be asking yourself whether you’re really smelling some of these subtle aromas, or whether they might be a figment of your over-exuberance.  You think that you smell something but you can’t quite put a finger on it.  Consider this: you met someone briefly years ago.  Unexpectedly you see the person whilst you’re out and about in a public space.  The face seems familiar, but you can’t place it, or associate it to a name.  This is the olfactory predicament.  Our sense of smell is the poor relative – deprioritized, often ignored, and mostly deprived of attention.  Recognition comes with repetition.  You may not remember that fleeting face in the crowd, but you won’t forget your wife’s.  It’s got to do with observation.  Smells can be observed just like sights and sounds.  Pay greater heed to aromas in daily life and it’ll enhance your ability to more readily identify these in your whisky.  To what extent will this amplify your enjoyment, if at all?  I’m not sure.  The optimal fun/work balance is different for each of us.

–        Alternate between two different, and somewhat polarized, techniques. Firstly focus on a particular reference point, i.e. a single aroma, and attempt to identify this in the nose.  This reference can be sourced from tasting notes about the whisky, from the impressions of others who may be tasting the whisky with you, or from a standardized model.  Secondly, make your mind blank and indulge in some free association.  Let your imagination loose.  There are no wrong answers.  I favour the latter because of its fun factor domination.

These tips above are of equal relevance for the taste of a whisky, but the next one is specific to the nose:

–        You now know about the cat thing, so try varying it up some more:  long draws, short sniffs, and, discreetly (I wouldn’t let my brother see me do this), block one nostril at a time.  Each iteration might give you a different perspective.

Although I’ve focused on this aspect of it, nosing isn’t just isolated to aromas.  You should also be aware of the nosing effects – the sensation on the epithelium or lining of the nose (like mouthfeel for taste) – and how these influence your personal impressions of a whisky.  One of the flavour standardization models which I have at hand labels these effects as any one of pungent, prickling, nose-warming and nose-drying.  I’m not convinced that it’s particularly necessary to get caught up in these details, but getting a gauge on the level of prickling can be useful in guiding reduction, since this can largely be attributed to the bite of the alcohol.     Add water gradually from neat until the prickling dissipates.

Moving on.  You’re now ready to toss it back.  This is where formal tastings can really get pedantic.  Let’s struggle through it.

First up you should evaluate mouthfeel.  I was given an old Glenmorangie tasting manual which provides some useful vocabulary to guide you through this process.  According to the venerable gentlemen who bring us this fine Highland malt (there are apparently sixteen of them, residing in a place called Tain) a whisky can either be mouth-coating (oily, creamy or smooth), mouth-warming (like Nando’s peri-peri mild to fiery), mouth-watering, or mouth-furring (astringent or dry).  Related – in that it influences mouthfeel – but separate is the body or texture of the whisky, ranging from light and watery to full and dense.  The aromatics have now been fully appraised and are nevertheless trapped in your mouth so feel free to roll the whisky about as if it were Listerine.

Secondly, you’re now finding yourself in the home-stretch, the taste.  Remember that it can be meaningful to taste both neat and reduced.  There are 4 primary tastes – bitter, salty, sour, and sweet – which may be present in a whisky, either individually or, more likely, in combination.  Other flavours, which you interpret as taste, are in fact aromas detected by the nasal passage at the back of your mouth.  Swallow and savour the finish, the persisting flavour of the whisky after consumption.  Does it linger long or is this whisky lingerless?   Is there an aftertaste – new nuances that were not initially evident but might appear after a second sip or after a few minutes have elapsed?

I copped some flak from smokers because on my comments in part 1.  I’m going to try to make it up to them.  You’ve now reached the point where you can sit back with a self-satisfied look on your face, light up a smoke, and consider your overall impressions of the whisky.

These ones are better for you. The tobacco equivalent of broccoli really...

I tend to focus on one aspect alone – balance.  Are the various flavours in harmony with each other or is this whisky wearing black shoes with a brown belt?  Is the taste consistent with the nose, or does it just talk the talk, but not walk the walk?  Weighty matters indeed…

Incidentally I found the Redbreast 12yo to be beautifully balanced, nimbly performing cartwheels on a tightrope.  I have tears in my eyes as I look at the dregs that are all that remain in the bottle.

On that bittersweet note I’m going to abruptly terminate this series of haphazard musings.  Enjoy the week ahead, and may the dram be with you.