The why’s of whisky – episode 1

Posted on 15 July 2012 by Patrick Leclezio | Leave a comment

As I’ve travelled along on my whisky journey, I’ve come across many a confounding twist in the road.  Some are easily navigated, others not.  This series is dedicated to the latter;  questions whose answers are frustratingly arcane – buried in the past, not publicly available, kept close to the chest by the industry, or just technical and obscure – but interesting enough, at least for me, to warrant some sort of exploration.

My intention is for this to be a forum rather than a collection of posts.  I will propose questions, sometimes with answers, which may or may not be correct and/or comprehensive, and sometimes without.  My hope is that fellow whisky lovers will be encouraged to contribute to both sides i.e. suggest questions and answers, and generally express a point of view.  I’d also welcome guest posts.  This may turn out to be a great vehicle to use to address those niggling unknowns which I’m sure we’ve all encountered at some point or another…or at the very least mine.  Let’s see how it goes.

Thirteen odd years ago I read my first whisky book – the “The World Guide to Whisky” written by the legendary Michael Jackson.  In the section on Irish whiskey he writes: “It nonetheless remains the case that that Irish whiskey may contain a distillate of malt, one made in a pot still with barley, and a third portion comprising grain spirit.  Of the three, the barley distillate is central, and it contributes the greatest character to several Irish whiskeys.  In the past, a tiny proportion of oats was also used…” 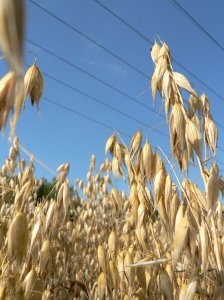 Oats growing in a field.

This was written some time ago, and it’s no longer entirely accurate.  Irish whiskey is in the springtime of a sweeping revival, and it is turning to its history for inspiration.  Last year three new single pot stills were introduced by Irish Distillers and not much less recently Cooley started to make single pot still at Kilbeggan…using oats in the mashbill.  Oats as an ingredient is no longer a thing of the past.

So then we get to the central issue – why oats?  I have them for breakfast every morning but what the hell are they doing in my whiskey?

Most ingredients used today are a result of convention.  It’s a certainty that Cooley is using oats to try to resurrect a time-honoured Irish tradition.  But at a point way back in the past it must have been motivated by some sort of functionally-driven logic.  Malt, Corn, Rye, and Wheat were used to make whisky because these ingredients were plentiful in the areas where they were used and because they made good whisky.  Unmalted barley was used to avoid the higher taxes on malted barley, and because, as any of you who have tasted a single pot still would know, it made damn good whiskey when combined with malt.  But the reason for oats, in such small proportions nogal, is less evident.

I did a bit of web research and came across this snippet on the Liquid Irish blog, which gave me a brief glimpse at the answer:

“The oats, it is said, are there to allow liquid to flow more freely through the bed of the mashtun. Alex Chasko, the Innovation Manager at Cooley, is sceptical about this, not having seen the effect in his experiments. Whatever about the filtering advantages, we are all hoping for an interesting influence on taste.”

Might the inclusion of oats then originally have been a factor of the mashing process rather than anything to do with economics, accessibility, or flavour?

The answer, it seems, is yes.  The next (and conclusive) step of my research process was more old school.  Check this out – it’s from an old Scottish treatise by Thomas Thomson called “The Manufacture of Whisky”:

“When the proportion of malt is very small, it is customary to add a quantity of the seeds of oats (the husk of oats separated during the grinding), to facilitate the separation of the water from the grains [by grains he means unmalted barley], after the process of mashing is over; for barley meal parts with water with much greater difficulty than malt.  When the proportion of raw grain to malt is as 2 to 1, or even as 3 to 1, this addition of oats seeds may be dispensed with.  But it is probably essential when the proportions amount to 5 to 1, or, still more, when 9 to 1.” 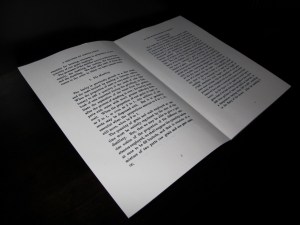 This allows me to draw a few conclusions:

–        This is the likely core reason for why oats once formed part of a mashbill.

–        Scots at one stage made whisky in the style of Irish single pot still.

–        Cooley – with its mashbill for the Locke’s revival reputed to be 60% malt, 35% stone ground spring barley and 5% oats – has no technical need for the oats.  Probably the reason why their experiments are hitting a blank.

Regardless, the oats must contribute to flavour.  We may have a while yet to wait before the product is aged and ready for market, but I for one can’t wait.  This question can’t really be put to bed until the porridgey nectar runs over our palates.

May the dram be with you.

Posted in The why's of whisky