Two whiskies to reaffirm your faith

During the course of my relationship with whisky I’ve rarely been disappointed.  Sure, we’ve had our ups and downs, but the troughs are usually my fault, isolated to occasions where I’ve abused its good graces.  More typically, over the years, it’s treated me to a series of wonderful encounters and experiences, nurturing between us a warm glow of contentment.  It has invigorated me when I’ve flagged, rewarded me when I’ve risen, encouraged my friendships, and made for good company at pretty much any time in between.  Most impressively, it keeps surprising me.  We’ve known each other well, for a long time now, so this is no mean feat.  They say familiarity breeds contempt, but it can obviously breed more positive regard as well – like delight.  I’ve had a few of those moments of late, brought on by two newcomers, which, if you’d like to instil a bit of fresh life into your bond with whisky, might be worth your attention.

The tenth and latest in the unfailingly interesting, envelope-pushing Private Edition series, Allta fiercely perpetuates the spirit of this campaign.  I was lucky enough to “sense” this whisky along with a few others, Original, Cadboll and Lasanta, at the Glenmorangie HQ in Edinburgh, in an enthralling circular space known as “The Snug”, which showcases pretty much every whisky produced by the company in the modern age – wow!.  It was my first hit of Cadboll, and my first of Lasanta since the the finishing casks were changed from exclusively Oloroso to Oloroso and PX some four years ago.  The former, post-graduating from Muscat and Semillon casks, is a delicious sponge cake of sweet, polished flavours that’ll appeal to a broad range of palates, but especially to fans of Nectar d’Or.  It’s a Travel Retail exclusive so look out for it next time you’re going abroad.  The latter is a personal favourite, but I detected something on this occasion, a burnt flavour, somewhere between toasted sugar and an extinguished match, that I hadn’t previously noticed.  Whether this observation is derived from the new cask profile, or a function of my past inattention, is less important than the additional layer it ostensibly bequeaths to my perception of an already full flavoured whisky.  I won’t be waiting another four years.  The main show though was Allta, gaelic for ‘wild’, a nod to its raison d’être, a strain of wild yeast growing on the ears of Glenmorangie’s own cadboll barley identified by none other than the company’s whisky chief Dr. Bill Lumsden, and now catalysing this whisky’s fermentation.  An aside: the yeast was cultivated for production by South African-affiliated yeast supplier Lallemand.  The underlying rationale for Allta is that yeast variations are an unfortunate rarity in Scotch whisky.  In Dr. Bill’s words: “Yeast’s influence on taste has been overlooked for years, but it’s an area ripe for exploration”.  Perhaps taking a leaf from the Japanese whisky play book, which prescribes prolific experimentation with yeast, he’s created (yet another) whisky worthy of its place in this hallowed collection.  The liquid has much in common with The Original, its half sibling of similar age and cask profile, but is palpably fuller and more robust, bristling on the palate like a Rioja.  Earthy and herbaceous on the nose, waxy, bready and floral, with hints of mint and corn, it relaxes into a sweet, typically vanilla finish.  The distinctions pedestal yeast’s contribution to flavour, as I’m sure was the intention.  This in my opinion is a whisky to be bought and appreciated for three reasons: for its own innate value, for its place in this riveting Private Edition whisky story (to be enjoyed like a series of riveting, unmissable novels), and for making tangible the role of yeast in whisky creation. 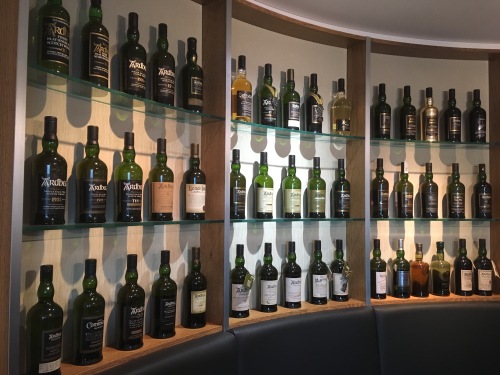 The Snug at Glenmorangie’s HQ 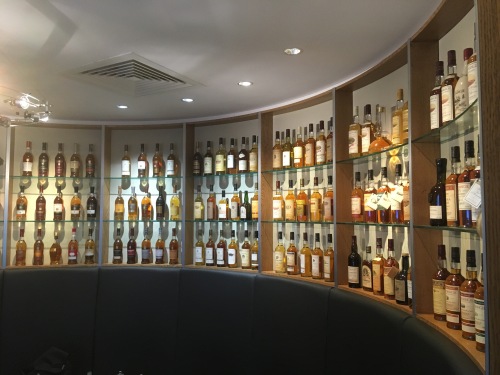 The Snug at Glenmorangie’s HQ

Estate producers Arbikie are liquor all-rounders, better known for producing vodkas and gins.  How then, with no relevant credentials, do you get noticed on your first foray into an arena as crowded as Scotch whisky?  The answer: do something no-one’s ever done before (or at least, not for a long time).  The Arbikie Highland Rye’s premise is that it’s the first Scotch rye whisky produced in the last hundred odd years.  I guess that this makes it just a single grain in the Scotch Whisky Association classification, but unofficially I’ll happily concede that it’s rather unique and special.  Now let’s get the bad news out of the way upfront – this is a one-of-its-kind product, with a limited bottling of 998, factors driving a unit price of some R4.5k, which is clearly excessive for a young, barely legal whisky.  Then again, there’s no pretence of value for money – that’s not the idea.  There’s also lots of good news to even things out.  My experience of Arbikie Highland Rye left me with some striking impressions.  Firstly, rye brings something to the Scotch party – there’s enough here to persist and forge onwards with this experiment, which I believe Arbikie is doing; Secondly, this is one of the richest, fullest three year old whiskies I’ve ever tasted.  Whether it’s the rye, the casks, the small batch craftsmanship, or a combination that’s responsible can be debated, but the result is remarkable regardless.  Lastly, rye and sherry do great bedfellows make.  This is an unusual combination, which I’d never encountered before.  American straight rye whiskey is legislated to be aged only in new oak, and although the industry is increasingly breaking these shackles, variations are not commonplace.  But they should be.  Going by Arbikie Highland Rye – which has been “enhanced” in PX casks for 3-6 months – there’s evidence that this partnership works a treat.  If you’re in the fervent niche that’s dedicated to exploring new whisky horizons you may just have to throw pecuniary caution to the wind.

2 responses to “Two whiskies to reaffirm your faith”