The Thomas Edison of whisky makers

November is Whisky Festival time in South Africa.  I’m not going to rehash the details – they’ve already been put out there by every Tom, Dick, and their uncles.  Safe to say it’s a whisky extravaganza; if you’re even remotely partial to the golden nectar then you shouldn’t miss it.  The participating brands shell out some long dollars to be present, a fair portion of which goes to subsidising the tasting stock that you’ll be imbibing.  So there’s really only one thing for it – make hay whilst the sun shines. 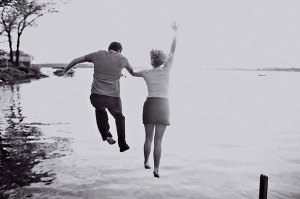 How to approach the Whisky Festival

You’ll be tempted to gravitate to your old favourites, or maybe to the big boys with their flashy stands.  However the single most appealing feature of the Festival, for me anyhow, is that it brings a wide range of whiskies together under one roof, giving you and me, the whisky lovers, a magic opportunity to sample some off-the-beaten track, sparsely available, sometimes obscure but equally worthy, and often superior whiskies.

Top of my list for this year’s Festival is the new Compass Box initiative: the Great King Street range, or if you want to be whisky-hip, just GKS.  They’ve named the first-born “Artist’s Blend” and it’s been making quite the buzz in whisky circles. 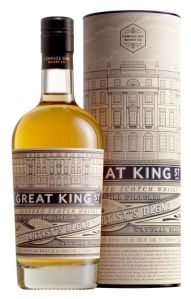 If you’re unfamiliar with Compass Box whiskies then this is something that you should remedy at your very soonest convenience.  There tends to be a common thread amongst premium brown spirits the world over – by and large they share a critical success factor: heritage.  It seems that if you want to make it to the big time, you need to have been around for a while.  So when a brand breaks the mould, especially in whisky, you know that there’s got to be something very, very special about it.  Interesting then, compelling even, that Compass Box is barely 10 years’ old…

The home page on their website touts them as “Four-time Whisky Magazine Innovator of the Year”, and this, innovation, is really what sets them apart.  Very simply they do things differently – not just different-different, but better-different.  Whisky has been made in largely the same way for hundreds of years – this is an old, conservative, traditional industry with deeply entrenched interests.  Change is resisted, and true innovation is rare.  Not long ago the guys at Compass Box ran afoul of the Scotch Whisky Association (SWA) with the production technique used to create their Spice Tree product.  This whisky was given a secondary maturation in casks fitted with new oak staves, judged by the SWA, who exist to make sure that those entrenched interests stay entrenched, to be contrary to the law that stipulates that whisky be produced in “the traditional way”.  The product was forced to be withdrawn but Compass Box later replaced the staves with barrel heads – made from the same new oak – to even better effect.  In whisky this is innovation of Apple-like proportions. 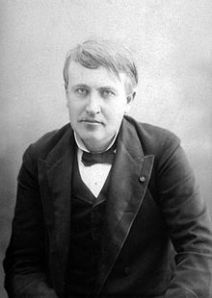 Why was I wasting my time with light bulbs?

The man behind Compass Box, John Glaser, has, like most whisky makers, emphasised the importance of wood in creating great whisky.  Unlike many others he’s backed up the talk with hard facts, which gives me some serious confidence in his products.   My default assumption when a whisky brand is secretive is either that disclosure is unflattering, or that the bar is likely to be lowered on occasion.  Compass Box is entirely, refreshingly transparent.  When Glaser claims that they use better wood than the majority of the Scotch whisky industry, I’m inclined to believe him.  Specifically Compass Box eschews the use of older, tired casks, which are commonplace, instead ageing whisky exclusively in either first-fill oak, or in a wood style that it has effectively pioneered: superior quality, slow growth, air-dried (as opposed to kiln dried), virgin French oak. 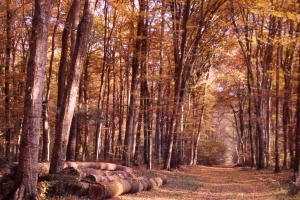 The only Scotch whisky blend aged in new wood

Here are the wood specifications for the GKS Artist’s Blend:

I was fortunate enough to get a sneak-preview – a tasting at the Bascule last week.  It was a quick in-and-out which didn’t give me the time to study the whisky at length and compose detailed tasting notes (which I find somewhat tedious anyhow), so I’m only able to share general impressions.

Firstly, in appearance the whisky is satisfyingly hazy – no ice or cold water needed.  It is out-of-the-closet, proud-as-you-like, riding-on-a-float non-chill filtered.  This may not seem, in this enlightened whisky era, like something particularly distinguishing, but bear in mind that this is a blend, and that it is significantly aged in new wood.  In either case, never mind both, how many others can make this same claim?  Very few I’ll warrant. 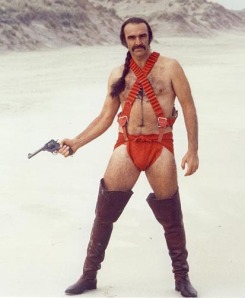 I'm Scottish, I'm non-chill filtered and I want everbody to know it

Secondly, it is without a doubt the creamiest whisky I’ve ever tasted, a feature attributable, according Compass Box Tweetmeister Chris Maybin, to the quality of the grain whisky used (their grain is fully aged in first fill American oak), but I’d venture that my first point also plays a big role.  Well worth drinking for the luxuriant mouth-feel alone.

Thirdly it is a gunslinger of a whisky.  Probably not the most complex or sophisticated, but with flavours that are big, bold, and well-balanced.  I picked out vanilla, biscuit (paste of chewed up Maries), fruit, spicy wood and nut as they came thundering past.

Compass Box have heralded the GKS range as the “Rebirth of the Blend”, on the premise that the reputation of blended whisky has been tainted by low-quality, inferior products.  This makes for great copy but I’m not sure if blended whisky in the price range at which GKS is certain to be bracketed particularly needs a rebirth.  Regardless, the wordplay aside, this is an unusual, vastly interesting, hugely enjoyable whisky that carries forth with great aplomb the mantle of innovation established by its predecessors.  I’ll be seeking it out and so should you.