A journey to the heart of whisky

A good while back I was having dinner with a friend at his home when he pulled out an unusual-looking bottle of whisky.  It had a distinctive hand-applied wax seal, and it didn’t have the type of slick label that big brands spend thousands developing.   The thing radiated an authentic old world charm. “You’ve got to try this whisky”, he urged, “it’s made by Michel Couvreur”.  “Who?” I replied. 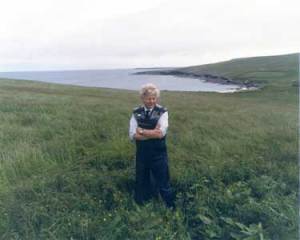 Fast forward a couple of years and I’m at another dinner – just outside the city of Beaune in Burgundy – with none other than Monsieur Couvreur himself.  He’d invited me to an amazing restaurant.  Aperitifs and amuse-bouches on a pagodaed terrace to the dulce sounds of a string quartet.  Three courses of lobster, each paired with an exquisite wine.  A cheese trolley of astounding proportions and variety.  Grand Marnier soufflé with sorbet.  Coffees (of the civet variety no doubt).  An audience with the head chef.   If he’d set out to impress he’d succeeded in spades.  Next time someone mentioned Michel Couvreur I wouldn’t be hooting like an owl.

That epic dinner was the culmination of events put in motion at the previous dinner.  We had ruminated deep into the night about the sorry selection of whiskies in South Africa.  You’d struggle to find a regular independent bottling, but something like this – an artisanal whisky, of the style that was originally made by the doyens of Scotch whisky before their names became mass brands, something truly special and out of the ordinary – was completely beyond grasp.  So, motivated by nothing other than the love of this fine whisky and a thirst (pun intended) for the adventure, we decide to seek out Michel Couvreur and convince him to ship us his goods. 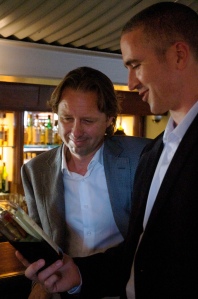 Eventually I ended up in the small village of Bouze-les-Beaune, iconically midway between Scotland, from whence Monsieur Couvreur has “clerach” (a fancy name for new-make) distilled to his personal specifications, and Andalusia, where he sources many of his casks.  The whisky philosophy of this deeply philosophical man is simple – it is based on the conviction that 90% of a whisky’s character and quality can be attributed to the wood in which it has been aged.  This has raised some ire amongst certain whisky commentators.  The influential Malt Maniac Serge Valentin had this to say in 2008: “Indeed, twelve years ago or so, I attended a Michel Couvreur session where they claimed that the distillery didn’t matter, that only the casks did, thus implying that displaying the distillery’s name on a Scotch single malt whisky was useless.  No need to say that that did really put me off, and that anything branded ‘Michel Couvreur’ used to make me frown – at best – since that very session”.  It may be an extreme position – and I’m not sure that Monsieur Couvreur uses the word, or even implication, “useless” – but I don’t know of anyone who argues against wood as the dominant influence on the flavour of a whisky.  I personally wouldn’t put a number to it, the specifics would vary I’m sure from whisky to whisky, but I’ve seen it done:  the guys at Glenrothes have it at 60%.  Is 90% categorically unreasonable?  I’m not so sure.  My host during the tasting at the Couvreur cellar was Jean-Arnaud Frantzen, a young guy with an advanced science degree (I forget the discipline) who decided to pack it all in to study whisky at the feet of this master.  He presented me with the results of an experiment – identical new-make aged for 7 years (if I remember correctly) in two separate casks, one bourbon, one sherry.  I’m a taster-in-training, and I will be for many years to come.  I don’t claim any extraordinary talent.  Nevertheless it was obvious that the two were significantly different.  60% different?  90%?  Why quibble?  Michel Couvreur has focused his efforts on indisputably the most important aspect of whisky-making, and in doing so he has forged a reputation as a maturation specialist of incomparable skill.  In fact, despite his conceptual misgivings, Serge went on to hand out impressive scores of 88-90 points to the flagship Couvreur malts.

Today most industrial whisky producers favour Bourbon barrels because they are dramatically less expensive than sherry casks (from which traditional whisky flavours evolved).  Monsieur Couvreur has resisted this impulse.  Over the course of decades he has unwaveringly dedicated himself to seeking out the highest quality casks, personally visiting small bodegas in the great sherry producing regions of Spain, particularly Andalusia, to individually select the best of the best.  These are then transported to his estate, filled with whisky (or whisky-to-be), and placed in his subterranean cellar.  This cellar, a maze-like structure with a couple of casks around every corner, mostly sherry but some bourbon and a smattering of the exotic (notably the Jura Vin Jaune), offers the ideal conditions for ageing whisky.  Down there, guided through passages hewn from the rock, I felt transported back in time to a golden age of whisky, captivated by the aura of the man, by his passion for his craft, and by the almost holy setting. 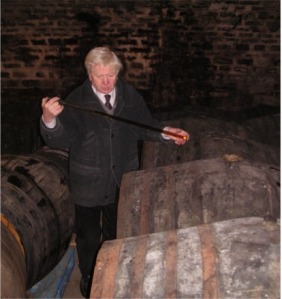 MC in the cellar

It is no surprise then that his small-batch whiskies, unheralded and unadvertised, have found their way from his legendary cellar to the four corners, promoted by nothing more than word of mouth and a recognition of their excellence, in the process making him a cult figure amongst connoisseurs and aficionados.  His premises, whilst impressive, are inconspicuous, un-signposted, just another elegant building in the elegant French countryside, and yet, whilst I was visiting, a group of whisky fans had managed to track him down and were knocking on his door requesting a visit.  He shrugged and asked to be excused – apparently this was a standard occurrence.

I was lucky enough to be offered a taste of his Ever Young Pristine 35yo during my visit – as was my wife, not the most avid whisky drinker, so from whom I then inherited a second dram.  I’m not one to ascribe the descriptors “best” or “favourite” to a whisky but if I were then this would be a strong contender.  It was utterly magnificent.  Sadly, I’ll be one of the last few people to have the honour of tasting this whisky.  Like many Couvreur single malts, this is a vintage single cask, of which few bottles remain. 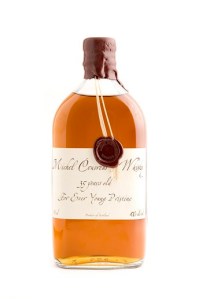 Whether you agree with his ideas or not, in this era when the industry is defined by rampant corporate proliferation, when it is the trade and not the craft that calls the tune, Michel Couvreur and his small team of successors truly stand apart.  Hailed as “the last of the Mohicans”, a moniker bestowed on him by the Danish press, he is a hidden treasure and the heir to an endangered heritage.    He adds colour, heart and charm – and damn good drinking – to the whisky landscape.

Like Loading...
This entry was posted in Uncategorized and tagged Michel Couvreur, Serge Valentin, Whiskey, Whisky. Bookmark the permalink.

3 responses to “A journey to the heart of whisky”