Posted on 15 February 2011 by Patrick Leclezio | Leave a comment 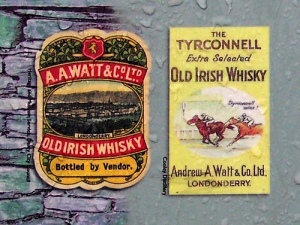 I’m a language purist.  You should know that about me.  Things like spelling, grammar, structure and fluency matter to me.  I say this despite the risk of being called anal retentive and of tripping up over my own performance (both of which do happen now and then).  This notwithstanding the crux of it is that language is beautiful, and like all beautiful things should be cherished.   Details can be important and laden with meaning.  Take the spelling of whisky.  Most of us probably know that there are two forms of the word: whisky, and whiskey.  Some of us may even know that whiskies are Scotch (and Canadian and Japanese) and whiskeys are Irish and American.  The why is less well-known.  I looked into this recently and it seems that whisky is the original spelling of the word, and at one time was used to denote all whiskies.  The “ey” spelling supposedly arose because the typical Scotch of the mid to late 19th century was of such poor quality that Irish producers wanted to make their product distinct.   Most American producers followed suit with some exceptions, such as Maker’s Mark and George Dickel, both of which are still called whisky to this day.  So we have a whole swathe of history and a striking insight into the development of an industry…all communicated by the addition of a letter.  In the modern era whisk(e)y production is proliferating all over the world.  There are serious producers all over Europe, in India, in Taiwan, in Australia, and of course right here in South Africa: the expression Highveld Malt has entered the lexicon.  To the best of my knowledge all these recent entrants seem to be using “whisky”, even those producing American-style products.  Does anyone know of any “new” producer that has chosen to use the form “whiskey”?

One last thing: the images shown above date from before the name change came into comprehensive effect in Ireland.

This entry was posted in Uncategorized and tagged Whiskey, Whisky. Bookmark the permalink.